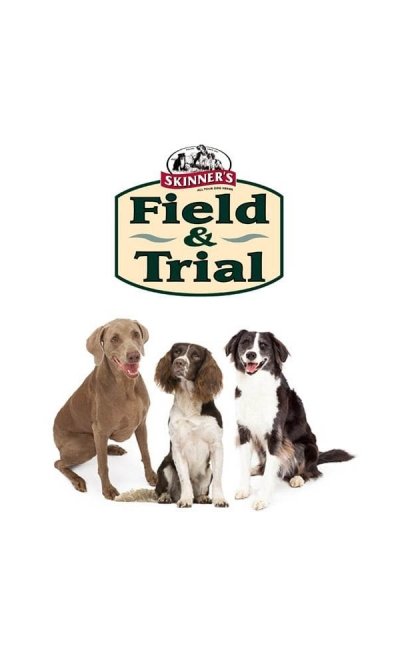 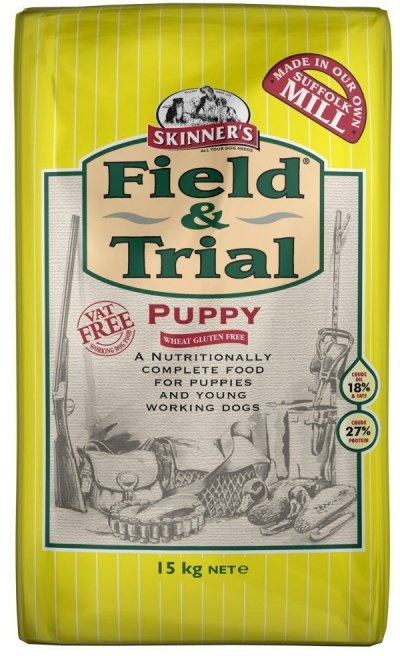 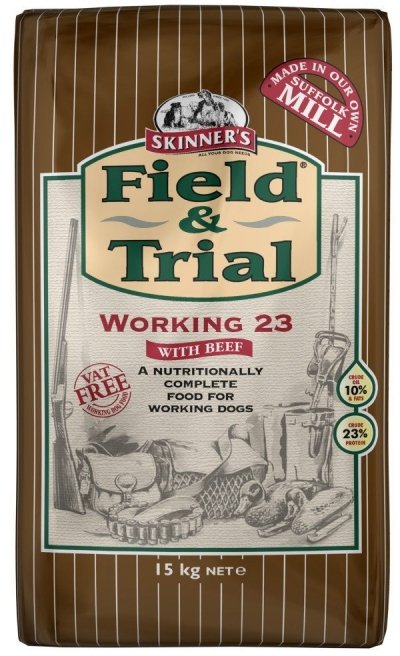 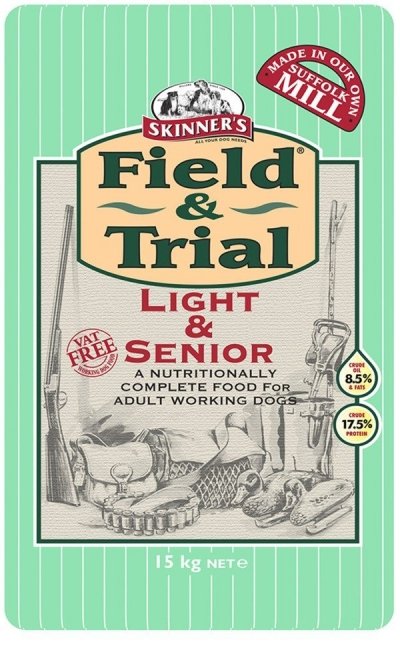 The Skinner’s Mill has been a traditional part of the Suffolk landscape since 1688. The Mill has belonged to the Skinner family for seven generations, but it was the idea of the current Chairman, Roger Skinner, to branch into complete dry dog foods in the early 1970’s – a time when there were very few competitors in this sector of the market. The manufacture of complete dry dog foods was a natural progression from animal feed compounding, and with an excellent reputation already well established the move proved extremely successful. 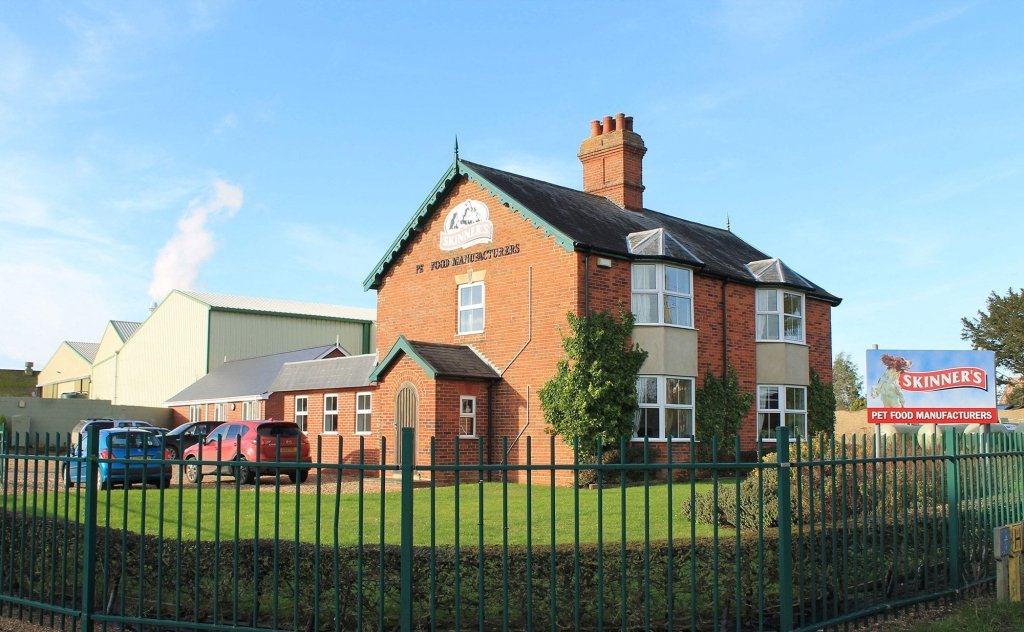 Skinner’s originally manufactured two diets, Dog Meal and Dog Food, and these proved extremely popular with many of the local gundog and wildfowlers clubs.

Through recommendation, the benefits and suitability of these diets for working & active dogs soon became more widespread, and before long many of the country’s top kennels were feeding Skinner’s foods with excellent results. In the early 1980’s due to customer demand, Skinner’s in conjunction with their nutritionists developed other foods to suit a wider range of dietary needs. Ruff & Ready instantly became a huge success, not only with working & active dogs, but customers with show dogs and pet dogs alike.

Other products in the Skinner’s range were launched during the 80’s and early 90’s, and following a change in the VAT status on working & active dog foods, Skinner’s launched their Field & Trial range in the early 1990’s. Originally just two foods: Crunchy & Muesli, the range now comprises 19 specifically formulated diets, including the recent addition of Field & Trial Grain Free Chicken & Sweet Potato.

Whilst Skinner’s past and present is firmly connected to the working & active gundog sector, Skinner’s are proud to supply foods to a wide range of customers which includes pet dog owners as well as security dogs, husky racing teams and many show dog, obedience and agility dog customers. 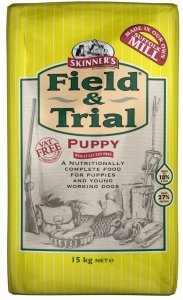 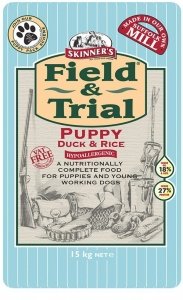 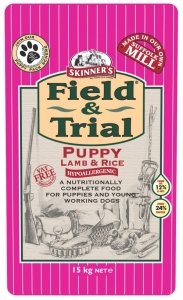 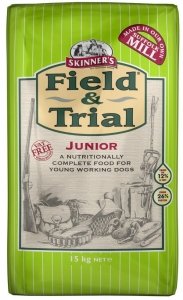 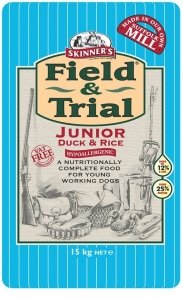 Specifically formulated for working and active dogs. Many working and active dogs are essentially canine athletes trained for speed, endurance and discipline – with the added advantage that they enjoy human companionship! Feeding a special diet all year-round can keep dogs in peak performance condition and help prepare muscles and cardiovascular systems for explosions of energy use and post-exercise replenishment. 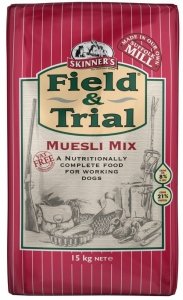 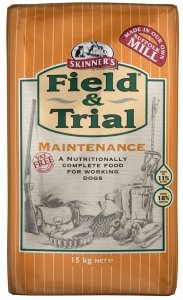 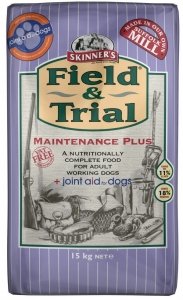 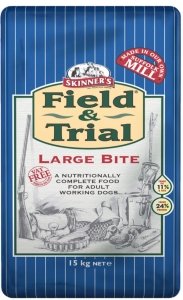 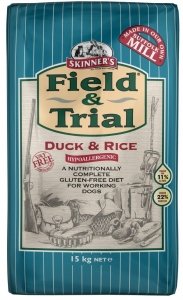 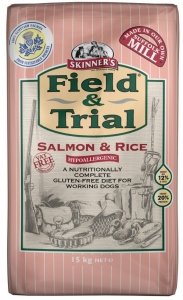 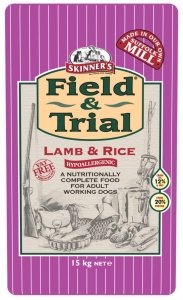 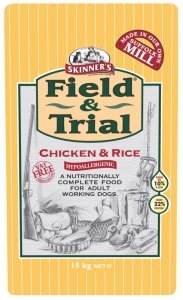 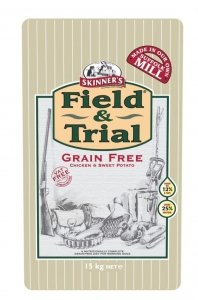 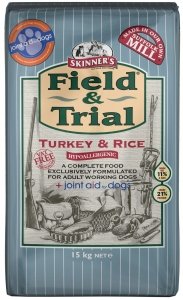 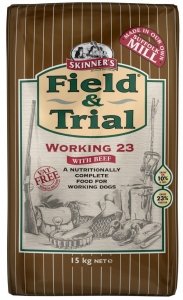 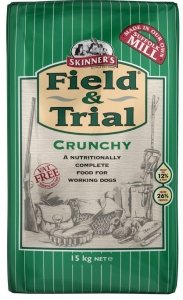 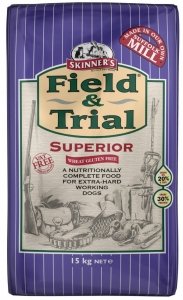 Field & Trial Light & Senior is a complete dog food, specially developed and formulated for any dog that requires a less energy dense diet.  Typically, these dogs are older or less active dogs and those who may be predisposed to weight gain. With a formulation that includes reduced levels of fat and protein, Light & Senior is an ideal diet for dogs that need dietary support (in addition to exercise and other lifestyle management!) to maintain a healthy weight and body condition and can be fed both in meals and as treats as a holistic weight management strategy. 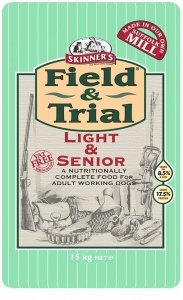 Why should you choose Field & Trial Light & Senior?